In March 2021 my sister Kathie had been told “yes, the cancer is back, and your time is up.” So, prior to the Easter weekend, I took a few days off work to travel to Edmonton. I visited Kathie, her family, and my other two siblings: Gail and Ken (and Ken’s wife & one of their sons). It was…great. We all talked, socialized, made each other laugh, and generally had a lovely time despite knowing this would probably be the last time we were all together. 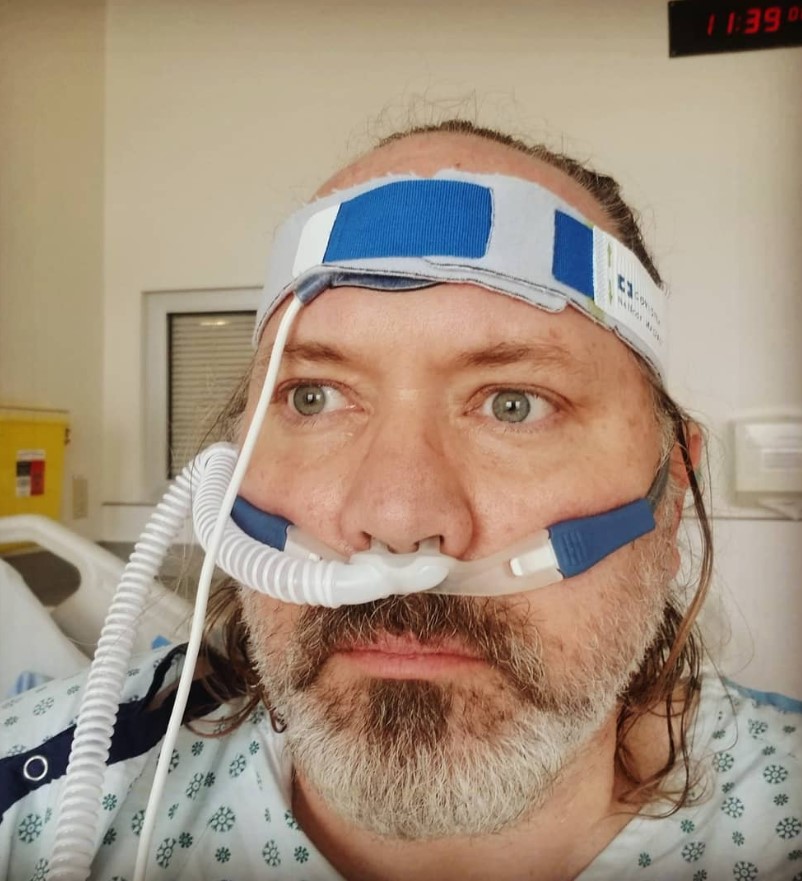 Then on April 7th, I started my COVID19 journey, resulting in me spending almost 2 weeks at the Rockyview General Hospital, including 18 hours on my birthday spent in the ICU. Yes, I was scared, lonely, worried about my immediate future. I got through this with the great help of the staff, my friends and family who reached out to me, reminding myself I was probably in one of the safest locations in the world, and whatever drugs they pumped into me (one of which had a side effect of euphoria, so that was nice).

At the end of the month, I recovered enough to go home. I spent the next month and a bit recovering. I cleaned up and threw out a lot of things and people that seemed unimportant after facing such a personal struggle. I returned to work at Calgary Co-op in their Cannabis stores mid-June and was promoted to supervisor in July. All through this, I talked with Kathie as her health worsened. She died in August.

And my heart broke once again. But through it, I learned sometimes a thing that breaks cannot be glued together. Sometimes it breaks because like a snake shedding its skin, it’s outgrown what was there before.

In the last few months, I said goodbye to a friend who was an anti-vaxxer. I transitioned to a new store with all the stress involved there. My mom passed away 2 weeks ago at the age of 92.

There’s been some good things (more on that in a moment), yes this birthday might be hard, but I’ll be fine. Yes, if you want to call me up this weekend, take me for coffee, surprise me with even a balloon, I won’t say no. Because I have hope.

To quote the late Harvey Milk, “I know that you cannot live on hope alone, but without it, life is not worth living. And you, and you, and you…have got to give them hope.”

I realized, and am still realizing, that the “you” in there includes giving hope to yourself. Yes, it’s a shit world where shit happens. But it’s also a wonderful world where amazing things and people live. Not everyone will understand and support you, and that’s to be expected.

I’ve been told that I’m resilient, and that I seem hopeful. I will snark back that “I’m tired of being resilient”. But…that’s not to say I can’t give hope to myself, to others, and try to live an honest life in an imperfect world where sometimes our decisions are a guess.

So, I hope this year I enter into a POSITIVE mirror of last year. After the 23rd of April, I will be on a leave of absence from Co-op Cannabis thanks to the help of the Union of Calgary Coop Employees. Yes, unions are a good thing because unlike Human Resources, unions look out for employees.

Over the next two months, thanks to Community Futures Treaty 7, Sagetechwork, and Aboriginal Futures, I will be training in a course which hopefully will get me a career in Calgary’s growing tech industry. As well, not only will I be learning the course, I will be a peer coach to 3-5 other students on anything they ask. While I also learn from them their experiences, stories, and challenges as First Nations people.

I don’t know what’s going to happen, but for once in a long time… I have hope. I hope you have hope too. Remember, happiness is amazing. It’s so amazing sometimes it doesn’t matter if it’s yours or that of another person.